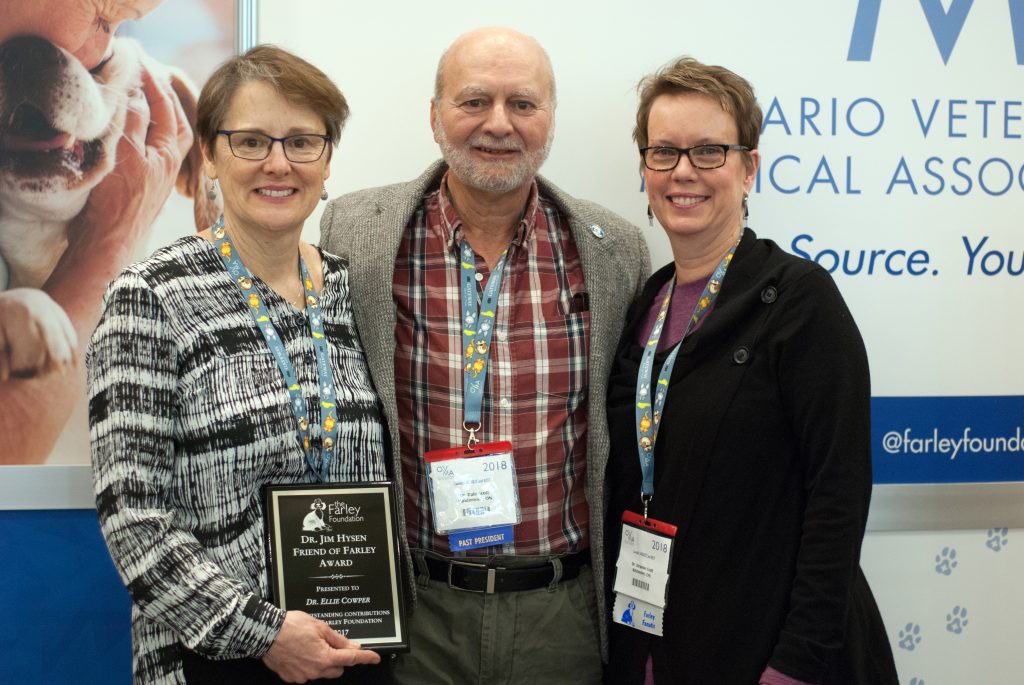 Two Kitchener veterinarians have been recognized with the 2018 Dr. Jim Hysen Friend of Farley Award. Drs. Deanne Croft and Ellie Cowper of Chicopee Hills Animal Hospital received the award at a reception in January for their ongoing support of the Farley Foundation.

The award recognizes an individual or organization that’s made an outstanding contribution to the Farley Foundation and has demonstrated the qualities associated with Dr. Jim Hysen, including generosity, enthusiasm, camaraderie and a willingness to assist others.

Dr. Hysen was president of the Ontario Veterinary Medical Association in 2009 and a strong supporter of the foundation. He passed away in 2012 after battling lymphoma.

For the past 15 years, Chicopee Hills Animal Hospital has been a top fundraiser and supporter of the Farley Foundation. Drs. Croft and Cowper have regularly participated in the Ride for Farley, and as practice owners they have proudly held fundraising events and dedicated their time to the foundation.