The Farley Foundation celebrates 20 years of helping people and pets!

On Jan. 9, 2002, a cat named Willie had surgery to remove bladder stones at an Ottawa veterinary clinic. Willie’s owner was an Ontario Disability Support Payment recipient, and they became the first to receive funding from the Ontario Veterinary Medical Association’s (OVMA) newly formed charity, the Farley Foundation. By the end of February 2002, the Farley Foundation had helped seven pets from Elliot Lake to St. Catharines, and Ottawa to Cambridge, to treat conditions ranging from broken bones to diabetes.

From this humble beginning, the Farley Foundation has grown to disburse roughly $500,000 a year to help fund veterinary care for more than 1,000 pets annually, ranging from cats and dogs to horses, chinchillas, birds and rats.

“The Farley Foundation provides a simple solution to a heartbreaking problem: a fixed-income pet owner is faced with an unexpected veterinary bill for expensive treatment. The options are few and dark. Farley brings hope and light. It’s beautiful,” says Dr. Heather Hannah, former president of the Farley Foundation.

The Farley Foundation was the inspiration of former OVMA CEO, Doug Raven. He saw it as a way for veterinarians to give back and help Ontario pet owners on social assistance and with limited means. The OVMA Board of Directors approved his request to form a working group to look into the creation of a veterinary charity. 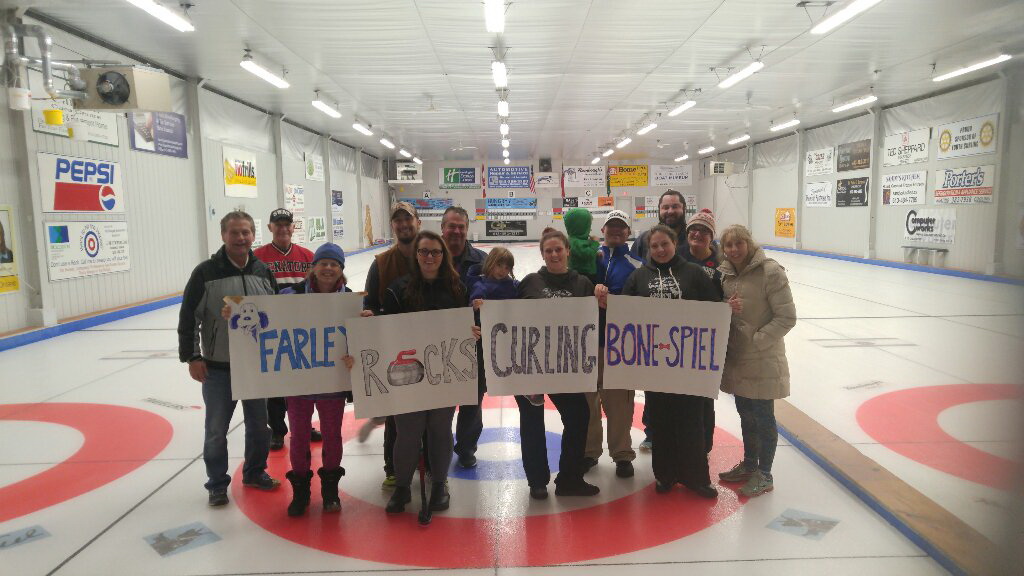 The working group was also tasked with the challenge of coming up with a name for the burgeoning charity. Adamant that the name was key to the success of the charity, the group didn’t want it to be named after OVMA. They were looking for a Canadian icon, real or fictional, that would rally donors and veterinarians alike

On April 18, 1995, Farley, the beloved family dog from Lynn Johnston’s classic comic strip, For Better or For Worse, died after rescuing four-year-old April from drowning in a river. Fans of the comic strip were devastated, and the image of Farley as a selfless hero was cemented in the Canadian psyche. There wasn’t a better, more symbolically giving, Canadian icon. Johnston happily granted permission to use Farley’s name and likeness for the charity, and she’s been a faithful supporter of the foundation ever since

Initial fundraising came through in memoriam donations, an annual golf tournament and Fundraise for Farley Month.

By now, veterinarians and pet owners know that October is synonymous with Fundraise for Farley Month, the foundation’s biggest annual campaign, but it wasn’t always that way. Fundraise for Farley Month is one of those events that, like the charity itself, has succeeded beyond anyone’s wildest imaginations. The first few years’ efforts focused on encouraging veterinary clinics to participate. Before long, clinics were running with the idea, hosting events such as dog washes, silent auctions and bake sales, with items donated by clients, staff and suppliers—some have even hosted concerts for Farley.

“People have taken this way further than we ever thought possible,” says Raven. “There’s a friendly but fierce competition between clinics to be the top fundraiser, with many raising $10,000 or more.”

But more impressive is the sheer number of clinics that participate in the annual campaign, helping to raise awareness for the charity year after year. In 2021, with the pandemic still a factor, 290 veterinary clinics participated, raising more than $120,000 for the foundation.

The other mainstay of fundraising for the Farley Foundation comes from the annual Summit Veterinary Ride For Farley, which became an official event in 2006. Inspired by Dr. Dale Scott, it was initially held in Northern Ontario with a handful of riders. In 2009 it moved south to Milton, and since then participants have cycled up to 160 km to raise funds for the foundation.

From its modest beginnings, the Farley Foundation has become one of the rare successes in the pantheon of veterinary charities. With such an impressive legacy built in the first 20 years, it’s exciting to think of the future, and how the Farley Foundation will continue to grow to honour the human-animal bond.

By Dr. Matthew Richardson, president of the Farley Foundation.